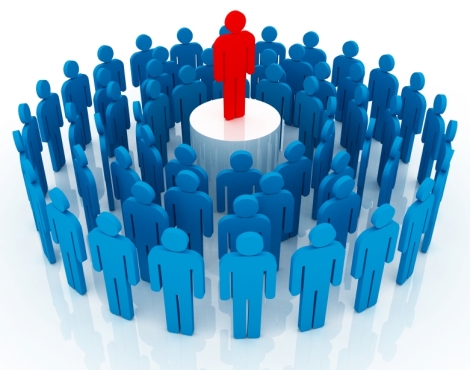 An Artistic Leader is just that – a named person who is the leader.

The ten rules put forward by Michael Kaiser in his ground-breaking 2008 book The Art of the Turnaround remain some of the best advice around for arts leaders looking to transform arts organizations – particularly in the critical first 100 days.

I was recently asked to work with some MA Arts Management students in a seminar entitled The Art of the Turnaround, and returned to Kaiser’s book to refresh my memory on his ten rules. I discovered them to be just as cogent, simple and inspirational as I did on first reading.

Inevitably I found myself adding a few more to the list based on my own experiences. You can read a summary of the fifteen transformative rules in an earlier post here.

In this series, I’m going to take a bit more of an in-depth look at each rule. These are practical, important points that should be very seriously considered by anyone involved in leading change at an arts organisation, from senior management to board members. But they’re also useful at a departmental level – for a head of marketing or audience experience, for example.

Rule 1. Someone must lead.

“Someone must be selected to run the turnaround. This person must have a single unified vision for the organization, have the courage to make difficult decisions in the face of controversy, possess strong negotiating skills, respect all parties including artists, work incredibly hard, and have an obsessive focus on solving the problem. This person must also understand marketing, fund-raising, and financial management. It is a hard job description to meet but the job cannot be divided among many people.” – Michael Kaiser, The Art of the Turnaround (UPNE: Hanover & London, 2008).

Wherever an arts organisation consistently fails to realise the vision set out by its governing body, I immediately suspect that there is a failure of leadership.

Leadership failure in the arts is normally the result of one or more of five problems. I list them here in order of increasing seriousness.

1. The organisation’s leader is distracted, ill, or on their way out.

This is least serious because a) there is a leader, and the infrastructure that surrounds the post, no matter how shaky this might be,  and b) this condition is likely to be temporary.

2. The organisation has a poor leader.

This is relatively common, sadly, and such leaders rarely seem to recognise their own failure and move on. This is more serious because the organisation may be stuck with this leader for a more significant length of time. Additionally, the eventual exit of the leader (via performance management on the part of the board) may well incur some unpleasant employment liabilities or engender a crisis at the organisation. At least, however, the organisation has a leader in post – and if they are underperforming the finger of blame will eventually become inescapable.

3. The organisation is between leaders.

This can be a fairly serious problem. Arts organisations sometimes fail to appoint leaders because there is an absence of appropriate candidates or – more seriously – the former leader leaves and the organisations board feel they do not have the resources to reappoint. Instead they leave the position vacant or appoint an acting manager. This limbo can then go on for years. I know of at least one theatre which left the position vacant on financial grounds for four years. In this time the theatre ran itself into the ground and narrowly avoided losing its funding.

4. The organisation has several leaders.

While there are some notable success stories associated with partnerships running arts organisations – think Tom Morris and Emma Stenning at the Bristol Old Vic, for example – there are far more stories of Artistic Directors clashing with CEOs, or the Chairman of the Board clashing with the Artistic Director, or some unholy combination of the above. ‘Collegiate management’, ‘leadership group’ or ‘triumvirate’ leadership structures may work well in other industries but in the arts they rarely lead to a successful organisation. An organisation with two – or, God forbid, more – leaders is usually an unhappy one. The ‘several leaders’ phase is often transitional, but leaves behind it a messy organisational structure that can take quite a bit of sorting out.

5. The organisation has no direct leader.

This is extremely serious. The most common example of arts organisations with no leaders occurs in local authority-run theatres. Indeed this leadership vacuum is so common as to be an almost systemic feature of local authority-run venues. Perhaps unsurprisingly then, I don’t know of any contemporary local authority directly-operated theatres in the UK or Auckland that offer serious artistic leadership to their local communities. I don’t wish to be unfair, so please do suggest any success stories in the comments and I’ll amend this section.

Local authorities, with their risk-averse, standardised operating models, overwhelming bureaucracy, inevitable budget blow-outs, fear of accountability, and grey suits are the very antithesis of the entrepreneurial, individualistic, and risk-taking spirit needed to successfully run a modern arts organisation – particularly theatre buildings, which increasingly need to work in close partnership with producing companies. It is rare that councils and artists work well together.

Sadly, this situation often arises out of the best intentions – and frequently when a poor commercial arts management has gone bust. Councils then step in to save the building – quite rightly. They then take over operations – planning to run it temporarily, perhaps. Then someone in the senior management team – often in the finances division – notes the potential back office savings that appear to be available through the council running the venue. Accounts, marketing, staffing – all of these functions can be done by the same team that runs the local swimming pools and the youth centre. Perfect! They will bring in specialists to do the programming, and hey presto!, they’re running a theatre or an art gallery. Later, more theatres, concert halls, and art galleries are added to the division, which is then restructured into the Arts, Culture and Festivals division, or the Parks and Facilities division, or – in Auckland – Regional Facilities Auckland.

The overwhelming problem with this system is that it doesn’t save money – indeed, numerous studies over the years have shown that any initial savings are lost later on through inefficiency and over-blown senior management salaries – and it decapitates artistic leadership.

In Auckland, for example, the vast Auckland Council has a division known as The EDGE, responsible for the three major venues in the city centre (Capitalising this bland name is a mandatory part of the brand, apparently. Sigh.).

Don’t get me started on the underprogramming across their venues (6500 seats available every night, but days appear go by without a single event at any of their venues – the giveaway are the dark dates in the calendar at the top right), that straight hires are reportedly the only deals available to local producers, and the dreaded ‘conference-aesthetic’ that pervades the Town Hall and Aotea Centre. If, like Regional Facilities Auckland, you think that The EDGE is doing its job properly and is well-led, compare and contrast the programming levels and clear leadership at the Adelaide Festival Centre – a slightly smaller organisation in a slightly smaller city (and a funded independent trust, to boot). Don’t look at Arts Centre Melbourne. Its excellence will depress you.

But back to the point. In a city like Auckland, where the The EDGE operates the three major venues, and the University operates another key theatre, there are just two artistic directors across nine venues (at the marvellous Q Theatre and exciting fringe venue The Basement.)

This explains the artistic leadership vacuum in Auckland, which instead looks to the artistic directors of the major theatre companies to give a lead. It also partially explains why the Auckland Theatre Company are seeking to have their own purpose built theatre created – a theatre that they will directly run. It might be a great idea, but it would be an unnecessary one where they were the resident company working in partnership with a sympathetic, well-led existing theatre.

Individuals need to be accountable for theatre buildings and arts organisations. They need to give artistic and social leadership to their communities, and – importantly – provide an example and act as a role model to up and coming arts leaders.

The road to creating a successful arts organisation – one that is financially stable, artistically exciting, and beloved by its community – is a rocky one. But the very first step is ensuring that you have a leader at the helm. Without one, you’re running a swimming pool or conference centre, not a theatre.

Henslowe Irving is a think-tank and arts management consultancy that explores best and new practices in arts organisational management.

As consultants, we work with arts organisations and venues to ensure they remain inspirational and sustainable. We review across governance, strategic & business planning, programming, communications, aesthetics and operations.

We understand that arts organisations are complex, specialist and frequently under-resourced. Our advice is practical, effective, and audience-focussed, based on our extensive experience in the field.

Our work as a think-tank focuses on venue best practice and the transformative socio-economic benefits healthy arts organisations bring to their communities. We work with partners as well as commissioning our own reports and studies.

What we’re reading on the web: